Swam a few laps this morning at the 31st floor pool overlooking Pattaya. Went to catch the elevator back down, noticed that all cars were around the first floor, and pushed the button. So I’m standing there waiting, watching the numbers count up, and when it gets to about 20 I start hearing a strange noise. Like a child’s voice saying, “Mama, mama…”

As the elevator keeps rising, the voice gets louder. The kid is screaming “Mama… mama!” at the top of his lungs, and I’m wondering what the hell is going on in that elevator. When the door opens, I find out.

A 3-year-old kid is in the elevator. Alone.

He is terrified and pounding furiously on the elevator buttons as he screams, but they won’t work without a key card. He sees that the door has opened, and he sees that I am definitely not his mama, and freaks out even more. His impulse is to run outside the strange little room thats taken him away from his mother, but I know damn well she’s not on the 31st floor, and stop him.

I push “1,” then kneel down to his level to comfort him, patting his back and saying, “Don’t worry little buddy, we’re going to find your mama.”

This is of little comfort, since the kid is Chinese and can’t understand me, but it’s the best I can do until the ground floor, where I hope his mother will be waiting. He keeps screaming.

But the elevator doesn’t go right to the ground floor. It stops on 27, 21, and 13, taking on more passengers. Each time the little boy tries to run off the elevator, still screaming for his mama, and each time I restrain him while continuing to talk softly and pat his back.

Now, imagine the scene for a moment. You get onto an elevator where you find a child screaming for his mother who is being restrained and comforted by a 50 year old man who is clearly not the boy’s father. What is your presumption?

Well, if your mind has been sufficiently polluted by Hollywood, mainstream media, and the man-hating feminazis that lord over modern culture, then your presumption would be of a child abduction in progress, or worse, right?

So now I’ve got to not only deal with the kid, who is the only person that really matters in this scenario, but also the stares and judgments of random people getting on the elevator. The hero as villain.

A twenty-something woman with blue hair gets on at the 11th floor. By the time we’re down to the 5th, she’s snapping pictures of me with her smartphone. Great. Just great. You’re a real hero there Wonder Woman.

The kid is still screaming as we arrive at the first floor. I pray that his mother is waiting outside the door, because what am I going to do if she isn’t?

The kid screams “mama” with a new tone, happiness replacing terror as I put him into her arms. Mama thanked me, and I all but disappeared to the kid, who held onto dear mama like he would never let go.

I must confess that I shed a few tears at this happy reunion. I cried for their joy and I cried for all the children and mothers that will never be reunited. For few things are sacred, but the love between mother and child is one of them. 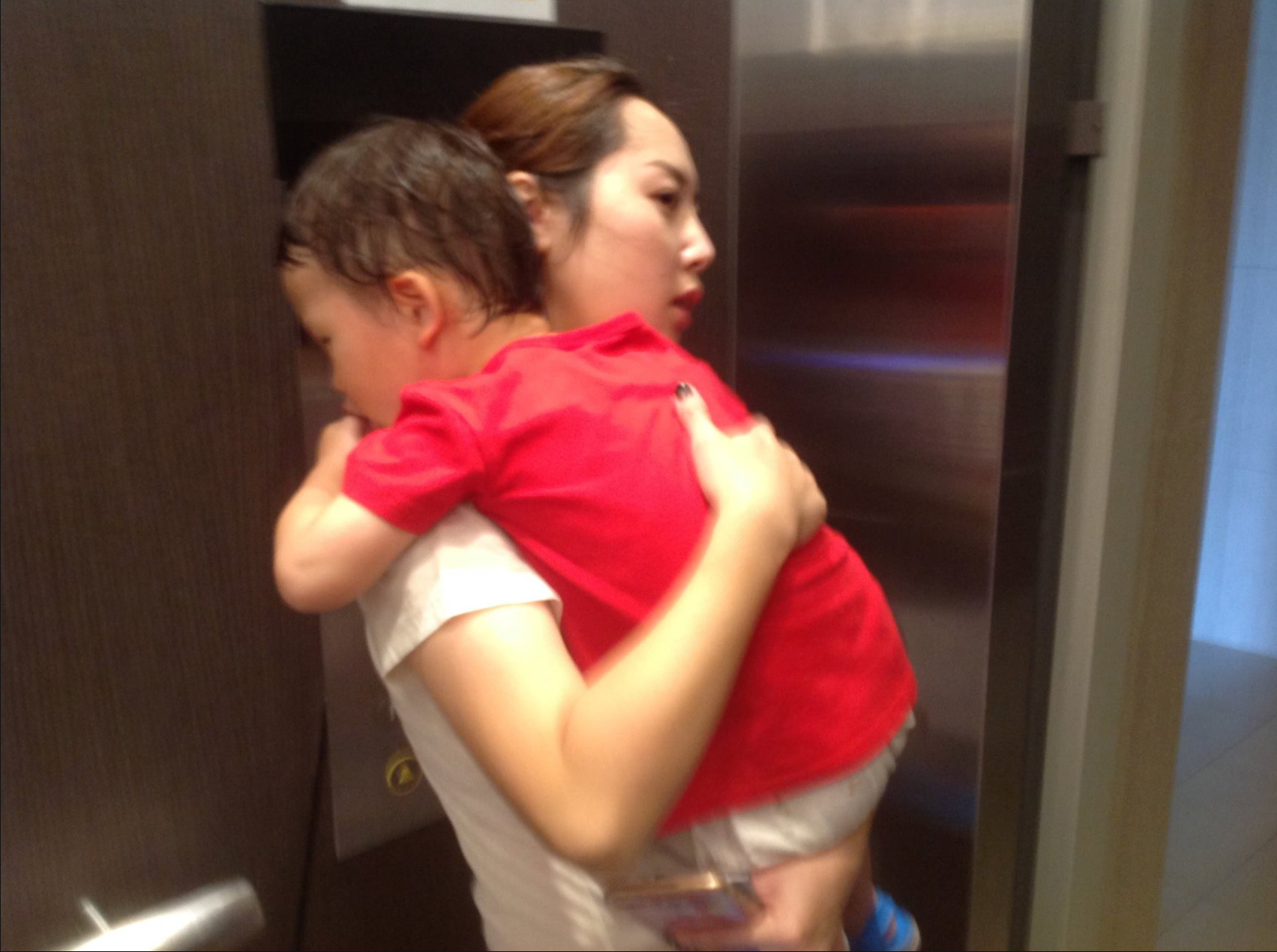