The USA donated a bunch of concrete to Laos so they could build an airport.

The year was 1957, and the U.S. was probably thinking, “Hey, it looks like shit is about to go down in Vietnam, wouldn’t it be great if we had an airport in next-door Laos to park our planes and stuff?”

“Yeah, yeah, great idea. Let’s send them some concrete. Oh, my brother owns a concrete company by the way.”

So congress passed the bill, the congressman’s brother got rich, and the concrete arrived in Laos, where the Laotians wondered, “What are we supposed to do with all this concrete?”

“USA says we’re supposed to build an airport with it.”

“You know what that means, right?”

“Yep. We better not build an airport.”

Laos had previously been ruled by the French, and was suspicious of such “help.” For if they built an airport, what would stop the U.S. from just flying in and taking over?

So instead of an airport, they decided to build a victory monument. A contest was held, the winning designer was paid $3.75 for his contribution (that’s not a joke), and the monument was built. It was called “Anusavali” or “Memory” and dedicated to the Laotian soldiers who’d fought for independence from the French.

But it was nicknamed the “Vertical Runway.” 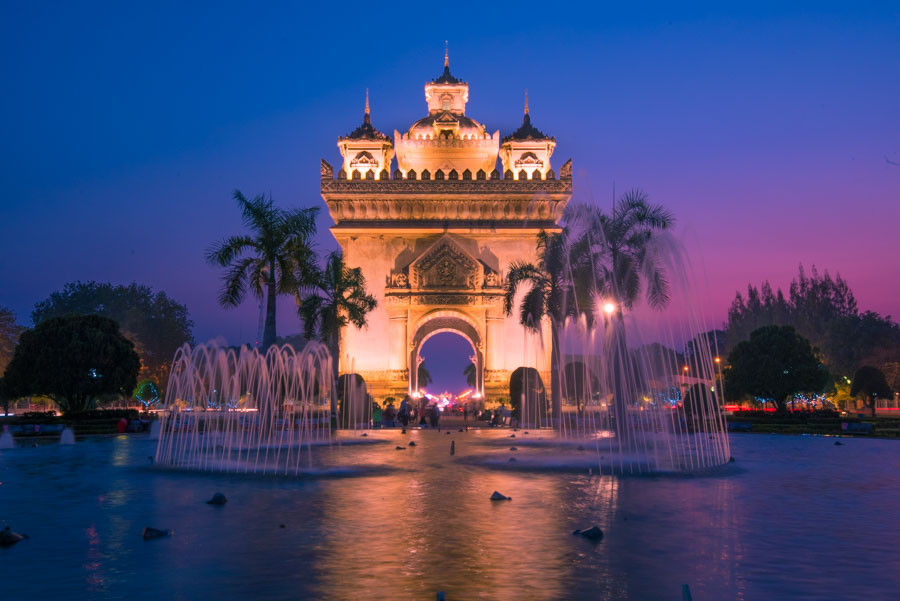 Well, it turned out that shit did hit the fan in next-door Vietnam, and the USA had to look elsewhere to park its B-52s and other noise making machinery. As it turns out, that other place was an airfield near Pattaya, Thailand, which became a center for military R’n’R, later a tourist destination, and much later a hangout for me.

But shit also hit the fan in Laos. The lack of a real airport meant Mel Gibson and Robert Downey Jr. had to fly around in the Air America movie, until the Communist Pratet Lao took over in 1975.

They installed a half-Vietnamese Prime Minister. They also renamed the Victory Arch to “Patuxai,” and re-dedicated it in honor of their own triumph. Typical communists, always taking credit for the labor of others.

Well, Laos today is only semi-communist, and a nice shiny international airport is under construction – paid for by the Japanese this time. I landed at the Japanese airport, then drove to the American “airport.”

One works pretty well for airplanes, but the other makes a much better looking photo. 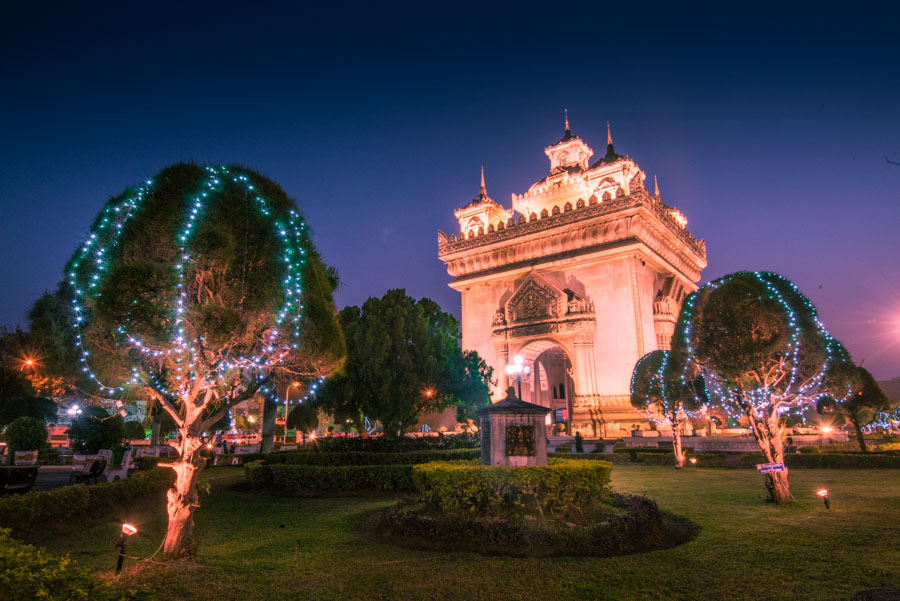 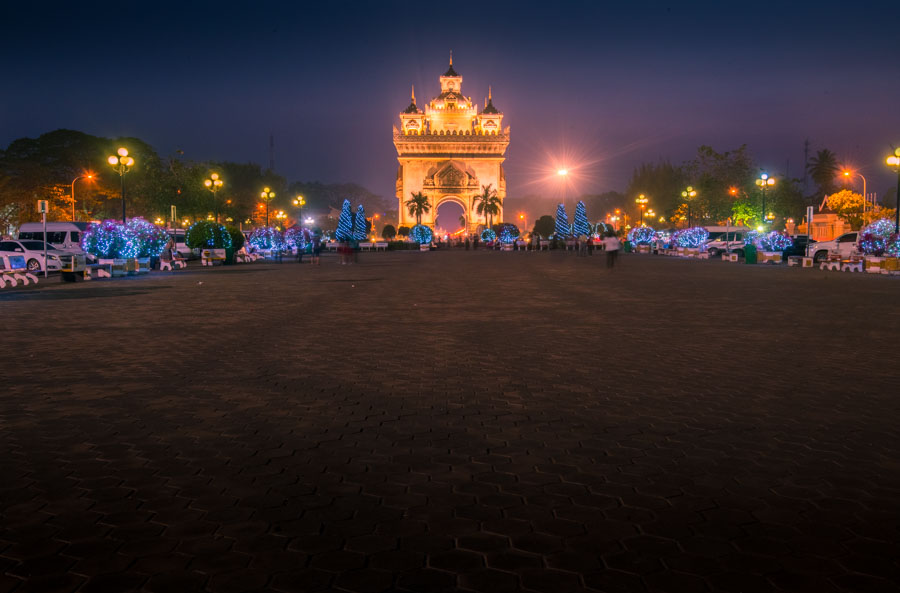